A couple of weeks ago, the 6d6 think tank covered what to do in that classic of tabletop gaming, “you all start in a tavern”.  In the video we put together a set of ideas that focus around getting all the player characters working together, either by force or by common goal.  This is the party forming event that turns a group of strangers into an adventuring party.

But what comes next is also very important.  It’s been a common feature of the campaigns and the convention games I’ve played that characters who are strangers quite rapidly become teams.  They go from not knowing each other at all to an effective fighting unit in the space of a few days worth of travel or even just a conversation. To me it seems there’s a lack of the “getting to know you” part of working together.

There are perhaps several reasons for this.  Some of these reasons are part of the meta-gaming of the tabletop rpg dynamic.  In nearly all systems, you generally already know the capabilities of the player characters you’re adventuring with.  You don’t need to have an in character conversation to find out what spells or special attacks your companions have, it’s written on their character sheet.  This extends somewhat to the character’s personality.  We do it in real life, we use shorthand adjectives to describe people (lazy, stubborn, selfish) and fill in the rest as we need to.  This is especially true of convention games, where unless it’s the goal of the game, you don’t really have much time to spend on having your characters get to know each other.

The good co-ordination in combat that arises so easily is another meta-gaming aspect.  With the battle map laid out in front of you, players discussing what to do next and the initiative order defined much more information is available than in a real fight.  With all the meta-information flowing around, characters can’t help but work better together.  Also, every roleplayer comes with their own history of previous combats, making their characters just that little bit more knowledgeable about focusing fire and how to deal with undead.

Then there’s characterisation itself.  In what is termed more traditional gaming, a character isn’t much more than a set of walking numbers and probabilities whose purpose is to kill things for plot reasons.  More indie systems like 6d6 help us avoid this one by building us characters that are adjectives and descriptions giving a greater potential for more life.  But the level of characterisation in a game depends on the players playing it.  If they’re not interested in role-playing the characters working out their cooking rota or what they talk about whilst they’re travelling on foot between towns then the characterisation that comes from these things doesn’t happen.  I for one am going to be forgiving on this.  Like many, I roleplay for the fantasy, the story, the novelty of the situations I can get my character into.  If I want to have a tedious conversation about the weather on public transport, I can do that in real life.

Yet maybe there are some in character reasons.  Perhaps the characters don’t actually get on. They could be a collection of mutes (sudden urge to run a gestures only game).  At a fundamental level, character interaction happens due to a conflict or a problem.  I suspect a core issue might be that in many games, characters don’t talk to each other for the simple fact that they never need to.

I think, for me, the advice I want to give myself on this is that in my next game, I’m going to take the time to have my character to get to know their new companions.  After all, talking is a free action. 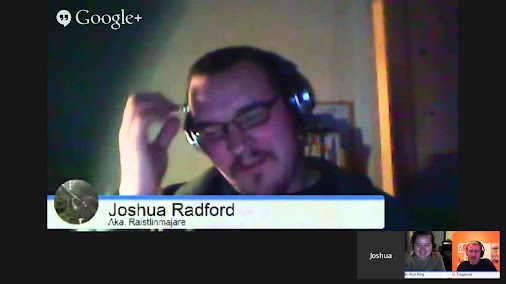 A great big pile of short little ideas for TTRPGs.

END_OF_DOCUMENT_TOKEN_TO_BE_REPLACED

The apex predator of the great oceans is not found in the water, but high, high up in the clouds. There glides the dracotross.

END_OF_DOCUMENT_TOKEN_TO_BE_REPLACED

The great herd is on the move again, heading south to where

END_OF_DOCUMENT_TOKEN_TO_BE_REPLACED

Derobera is the product of an experiment in warfare. Down in the